Why is Donut Packaging Pink? 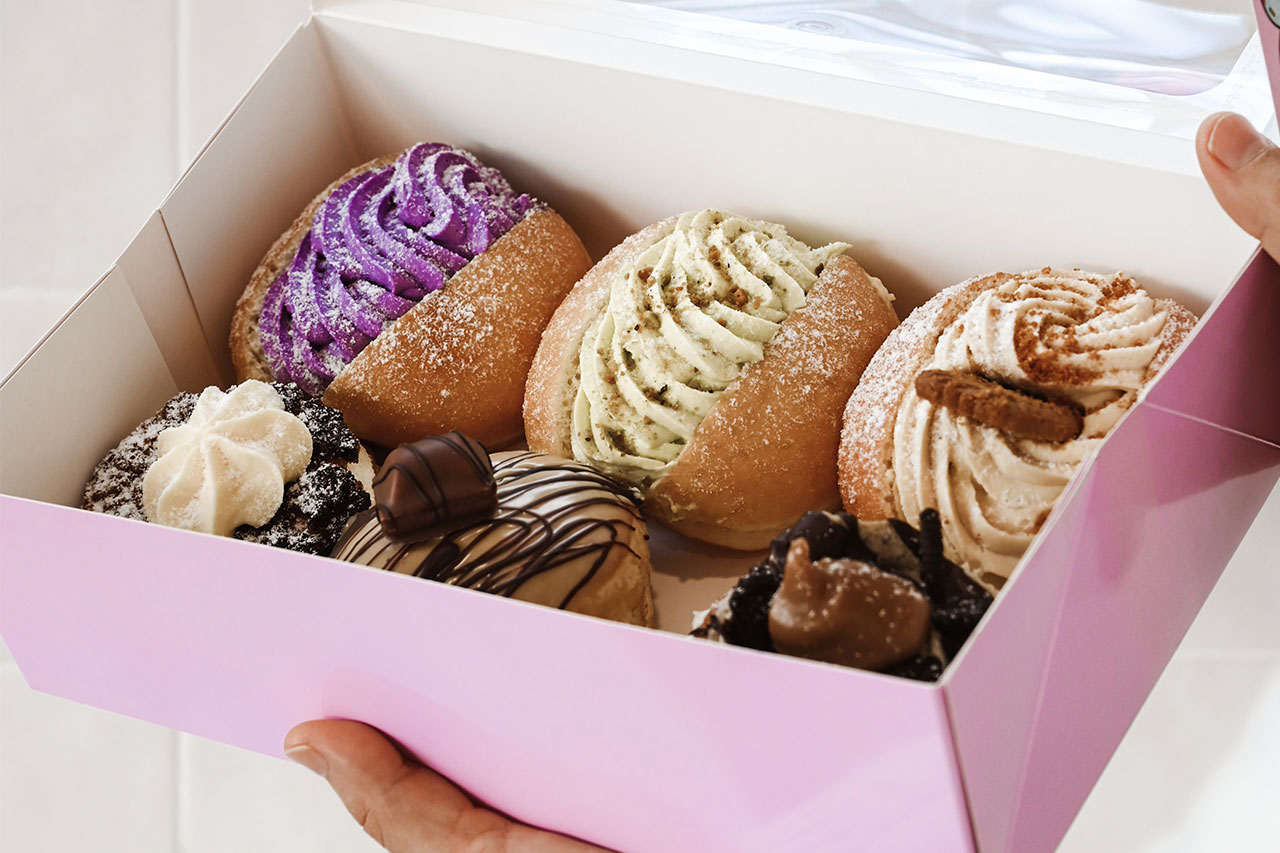 11 Oct Why is Donut Packaging Pink?

Posted at 09:05h in Blog by Albert Paper Products

Who doesn’t love donuts? They’re delicious, fun, and come in all sorts of flavors and shapes. Yet, what really adds to the experience when ordering a dozen glazed and frosted delights is the box they come in—especially when it’s pink. But why is this bubblegum colored package synonymous with donuts and where did it originate?

We’ll according to the LA Times, it’s history can be traced back to Southern California. Aside from the area being known for surfing and fresh, green avocados, SoCal’s donut biz, particularly in Los Angeles, has played a major role in shaping its cultural scene.

Back in the mid-1970s, Cambodian immigrants came to the United States as refugees to escape the brutal Khmer Rouge. With the wave of refugees, came the Donut King Ted Ngoy, who would soon help shape southern California’s donut industry.

While working as a church custodian and gas attendant at night, Ngoy soon became familiarized with a donut shop nearby, reminding him of nom kong, a Cambodian styled donut. He soon saw his opportunity to grow his fortune and asked his church sponsors to help him get into Winchell’s management training program, which at the time was a dominant donut shop. From the training program, he learned how to manage a business and bake America’s favorite morning pastry, leading him to open his own shop, Christy’s, in La Habra.

As his chain was expanding, he created an economic pipeline for Cambodian mom-and-pop donut shops to pop up throughout Orange County. He sponsored more than 100 families to start a new life in America through his donut store leasing program, where he mentored and taught them how to run their own store and split the profits between family members.

Eventually, these stores would become highly successful and give way to the rise of the pink donut box arriving on scene to house their delicious, mouthwatering creations.

The reason for the pink boxes? According to legend, supplier Westco was contacted by a West Coast Cambodian donut shop, requesting cheaper boxes rather than the standard white cardboard. So, Westco went to the drawing board and found leftover pink cardboard stock, leading to the creation of bright pink 9x9x4 boxes that perfectly fit a dozen donuts.

Now, while the difference to manufacture the pink donut box versus the white donut box was only a few cents, there was enough savings involved to allow Cambodian donut shops to focus on reinvesting their money in their sweet treat’s high-quality ingredients.

Today, you’ll find that pink donut boxes have remained a staple in LA and Southern California and have also expanded nationwide to many other donut shops, including VooDoo Donuts, based out of Portland, Oregon.

But, at the end of the day, the pink donut box started with some savvy Cambodian donut entrepreneurs who wanted to save a few pennies. And we’re sure glad they did because those pink donut boxes make our mornings that much sweeter.

Create your bakery’s custom FSC-certified donut boxes at Albert Paper Products. Call (973) 373-0330 or contact us online to get started today!